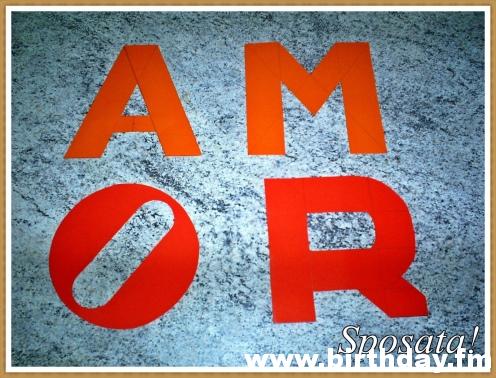 many people were asking me to put in step by step the decorative 3D names that are currently being used a lot at birthday parties, weddings, baptisms among other events.

They are also well used to decorate your home, whether with motivational, romantic words, whole sentences, among others

1) The word chosen was “LOVE” and to start I needed to create a template for the letters. For this, I crossed out the letters in squares of paper (I used paper colorplus because it was left over at home, but it could be any paper) 14.8 cm high by 14.8 cm wide and I drew the letters inside that space, using a ruler to draw the lines, so that they were the same size as the square of paper. Then we just cut out the letters with a scissors and the molds were ready, but to make your life easier I will leave the file for download of the molds on here, but you can also print large letters with the desired font !!!

2) With the help of the molds I crossed out the letters on the cardboard, in duplicate, because I wanted the letters to have a 3D effect.

3) To achieve this 3D effect, I needed something that would keep the two faces of each letter together, but keep a space between them. For this I cut cardboard strips 8 cm long and 2 cm wide. Along the 8 cm in length I marked lines every 2 cm, in order to divide each strip of cardboard into 4 squares of 2 cm x 2 cm, like this:

4) I folded each cardboard strip in the shape of a 2 cm x 2 cm cube. The folds were made on the previously scratched lines and to keep the two ends together I used a small piece of masking tape.

5) To exemplify the process of assembling the letters, I will use the letter “A”, then just do the same with the others. Glued (with White glue) some cardboard cubes on one of the faces that will compose the letter A. (Ah… sorry for the change of scenery in the next photos, but this part I did on a day I spent at my grandmother’s house, and the photos are dark because it was night and the light was not good)

6) I put white glue in the cubes and pasted the other side of the letter “A” on top, as if it were a sandwich.

Look at the side of the letter:

7) To close the sides and the inside of the letters I cut strips of paper card. I chose this paper because of its resistance, but more flexible than cardboard, which allows us to make rounded outlines more easily.

8) I used the strips to seal the sides and the inside of the letters and to keep the strips attached I used masking tape.

10) I waited for the glue to dry and applied 3 coats of white acrylic paint, with an interval of 30 minutes between each coat. After the last coat I waited for the paint to dry completely. Note: If the chosen fabric has a dark background there is no need for so many coats of paint. (Now back to the original scenario, my house, lol)

11) After the paint is completely dry it is time to line the letters with fabric. You can cover the way you think is most convenient, I’ll show you how I did it. I started by cutting a piece of fabric large enough to cover one side and sides of the letter.

12) I applied a lot of white glue to one side of the letter and pasted it on the back of the fabric, taking care to make it very smooth and without bubbles, because in the end this will be the front.

13) I put glue on one side and fixed the fabric. I cut the excess fabric, leaving a flap of approximately 1 cm, which was glued to the back of the letter.

14) I repeated the process on the other side …

16) I did the same along the entire length of the letter, always folding and cutting the excess fabric and pasting the flaps on the back, until it looks like this:

18) For the finishing of this region, I cut a small strip of fabric and pasted along the entire internal part, always cutting the excess and pasting the tabs on the back of the letter.

19) To finish, I crossed out and cut the letter “A” on the fabric, using the letter itself being lined as a template.

21) To waterproof it I used milky termoline, which protects the fabric from dirt and moisture and prevents it from fraying.

I repeated all these steps with all the letters. It takes some work, but the result pays off, check it out:

I used four different fabrics, in shades of blue, green and white … one cuter than the other, don’t you think?

I wanted to use the letters to decorate my room and I chose to stick them on a wall that was completely empty between the bedroom door and the bathroom door, check it out:

To glue the letters I used strong adhesive tape, but if you want you can also place the letters on a shelf or some furniture, because as they were made in 3 dimensions they can stand. The bride and groom on duty can make it for tea, engagement or wedding and save it to decorate the house later!

And then girls, what did you think ?! I hope you enjoyed it and that you also venture to make these letters… and if you do it later, come and tell me, ok ?!

How about sharing on your social network?

Pay a visit and participate in our Facebook Page, where daily brings various ideas and tips to this world of parties.

Kisses and see you next time 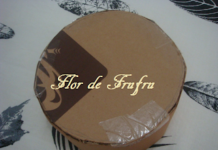 How to make fake EVA cake – Step by step 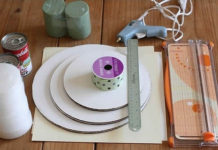 How to Make a Tower or Cupcake Stand – Step by Step 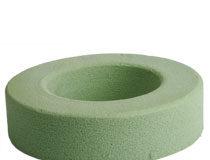 How to make garland with cupcake mold – step...

How to make baby booties – step by step 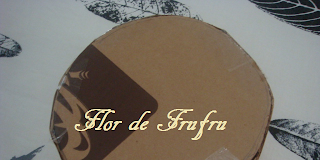 How to Make a Floral Ball Souvenir – Step... 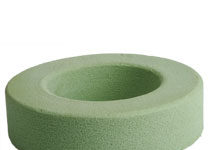 How to make garland with cupcake mold – step by step 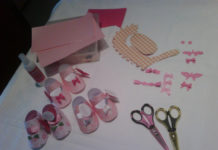 How to make baby booties – step by step

How to make fake EVA cake – Step by step 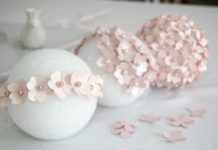 How to Make a Floral Ball Souvenir – Step by Step

How to Make Minnie Mouse Napkin – Step by Step